Planning of the Festival do Norte 2014 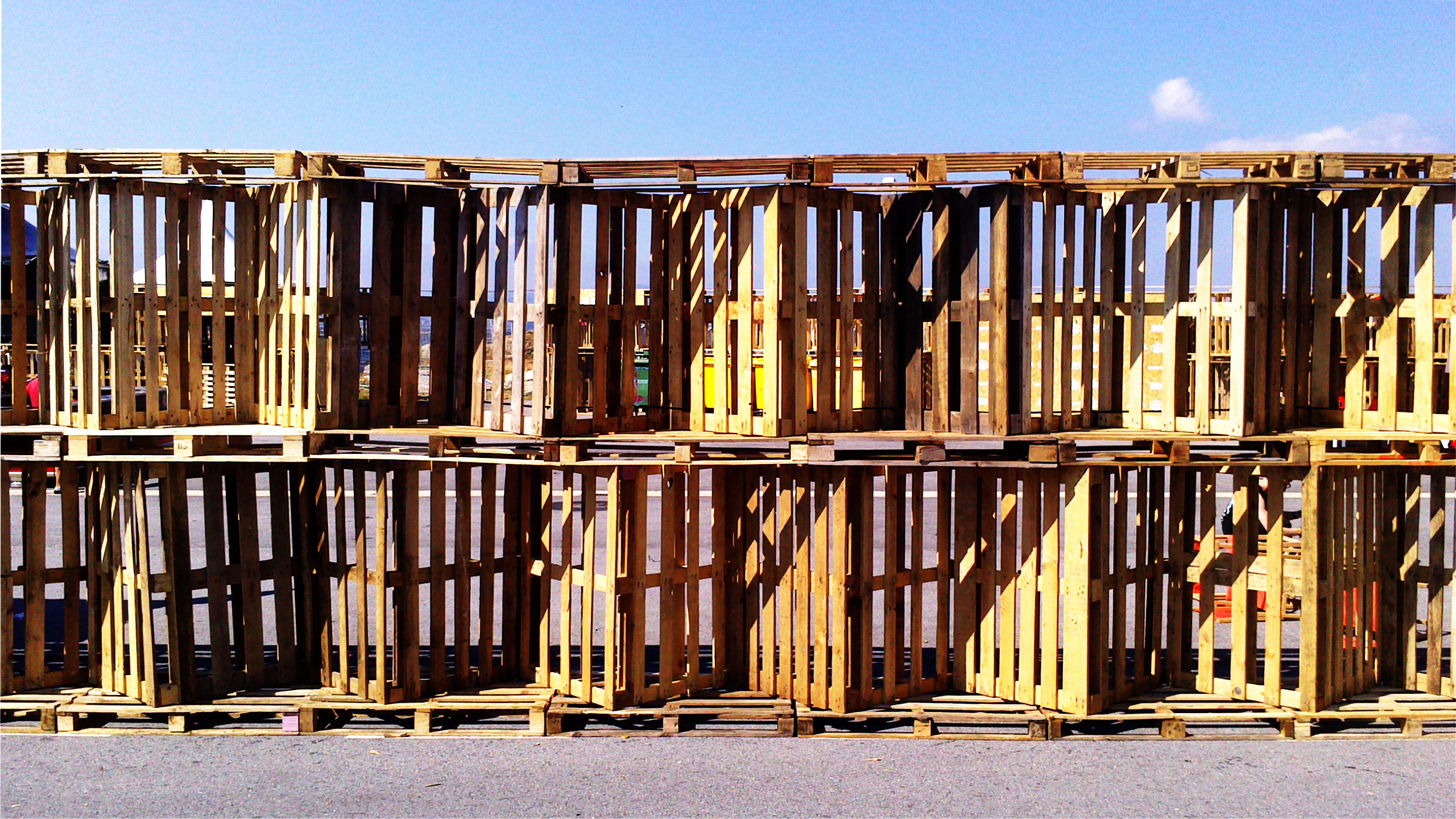 After 13 years of being held in the Arousa town of Vilagarcía, the festival moves to the paradisiacal Illa de Arousa. This renewal of the festival concept aims to adopt a philosophy related to the promotion of ecology and efficiency. For this reason, wood will be used in the layout of the site and in the design of its auxiliary elements.

The shortage of time to develop a project and its subsequent assembly and disassembly led to the decision to work with pallets using a construction system of horizontal rows that allows the construction of walls and other parts.

The system combines the traditional structural advantages of the pallet with the inertia and rigidity achieved with a broken geometry. All this enhances the aesthetics of the repetition of the same elements.

The project aims for the same elements to act as structure, enclosure and finish.

The whole system is recyclable and sustainable because the pieces are used on a rental basis, so that 90 % of the material used will be recovered in the assembly and disassembly process. The project aims to generate an urban system of sustainable design based on a constructive concept in which the formal aspects are highlighted, with an environmental, economic and integration approach with the environment. 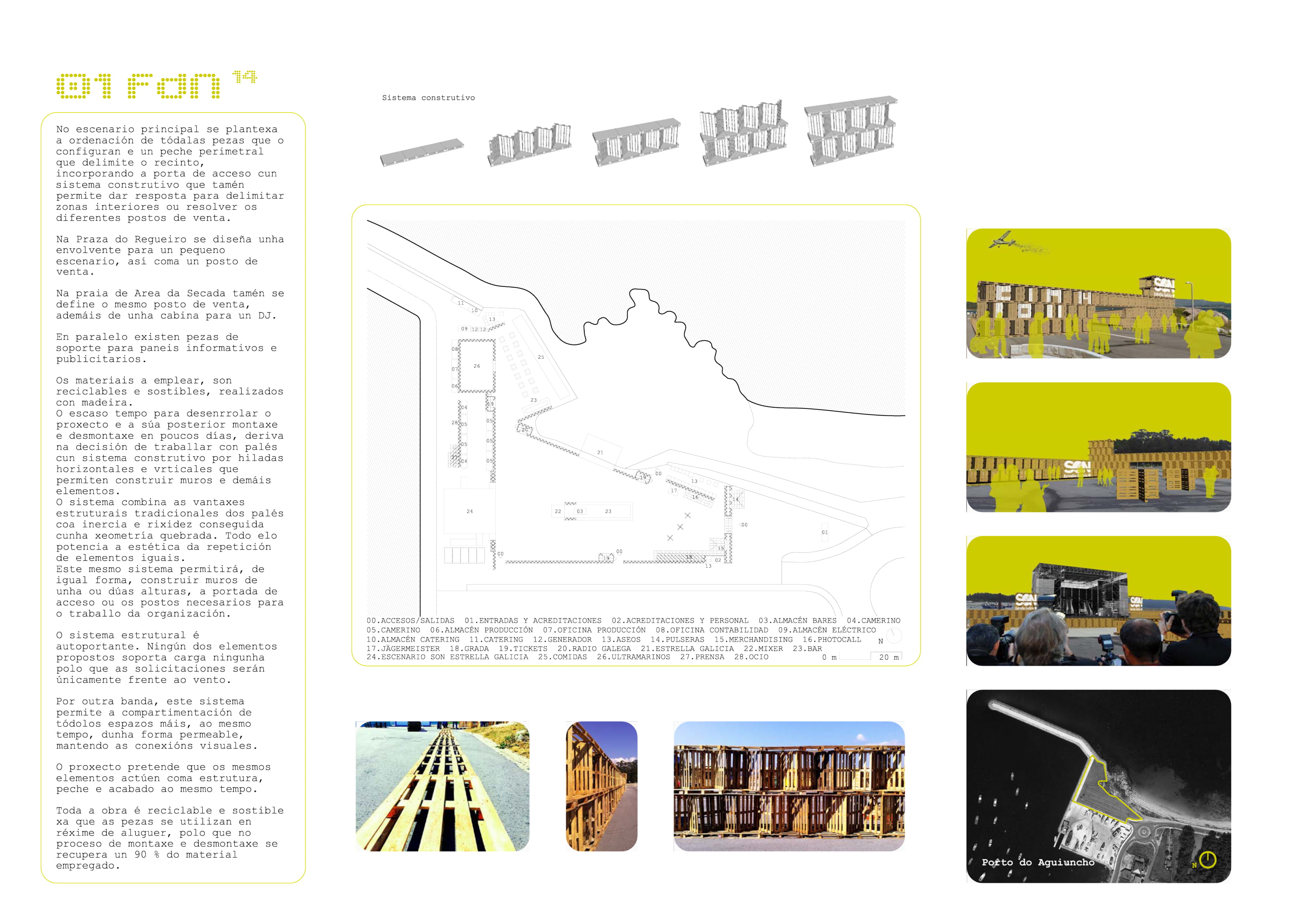 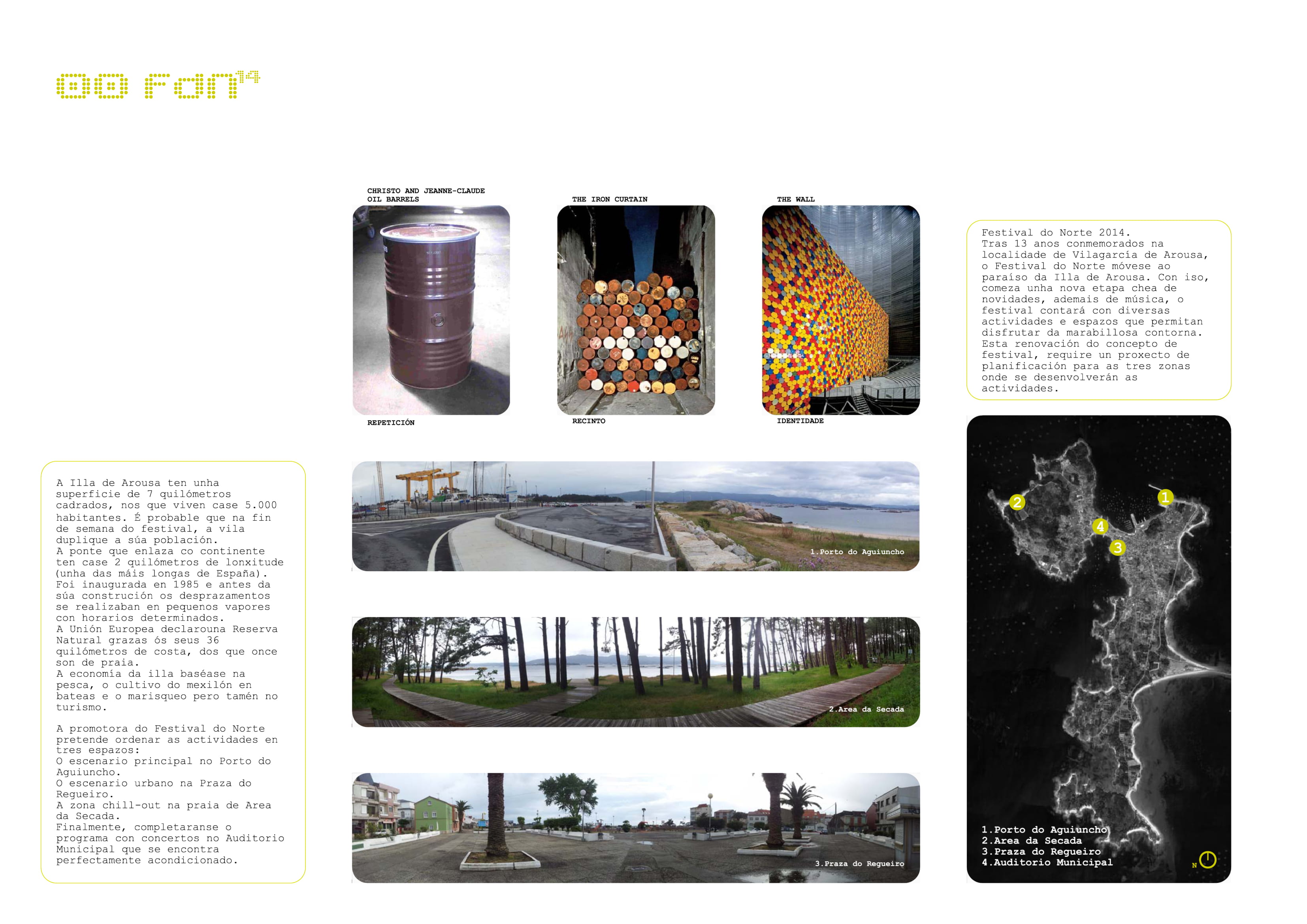 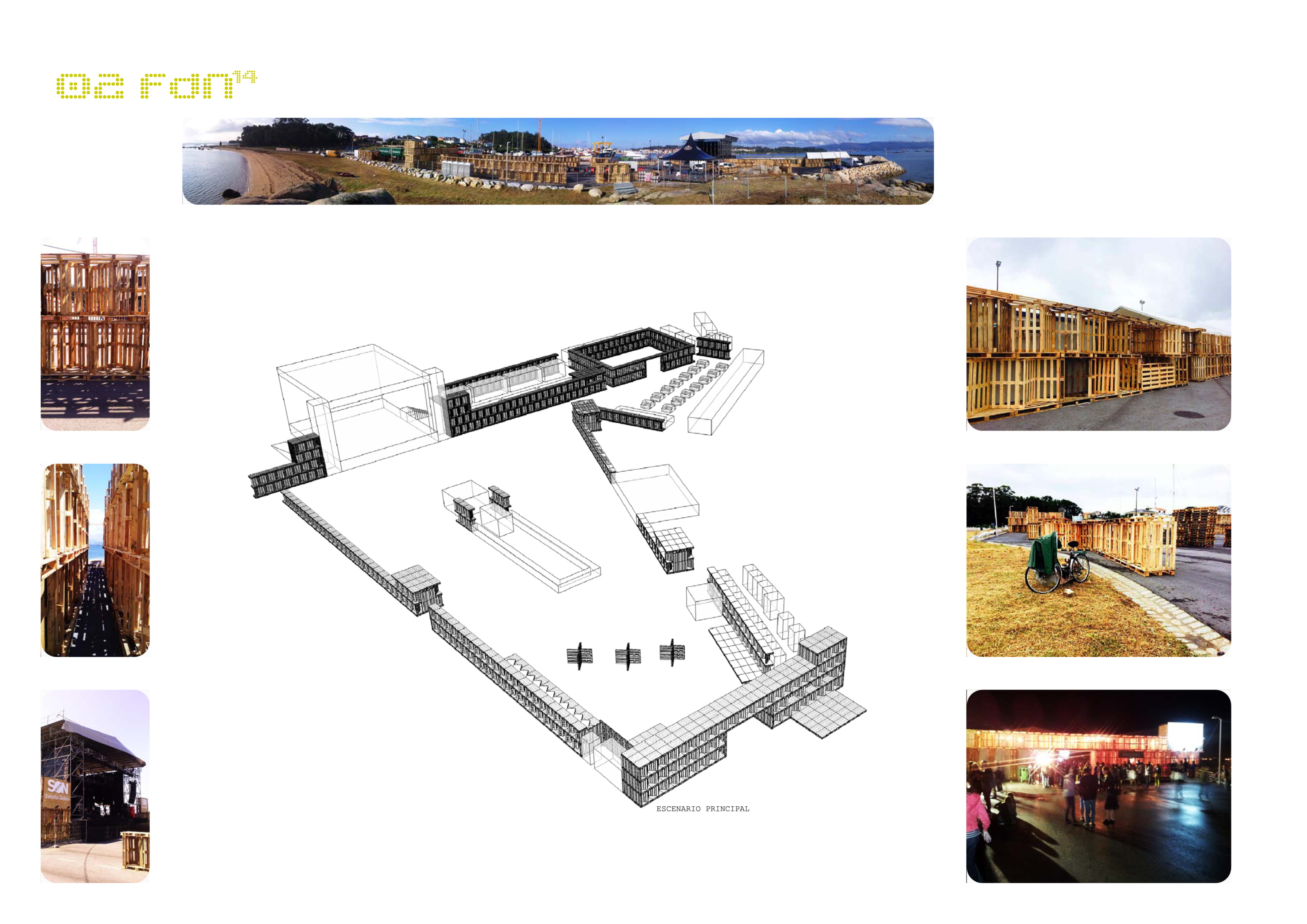 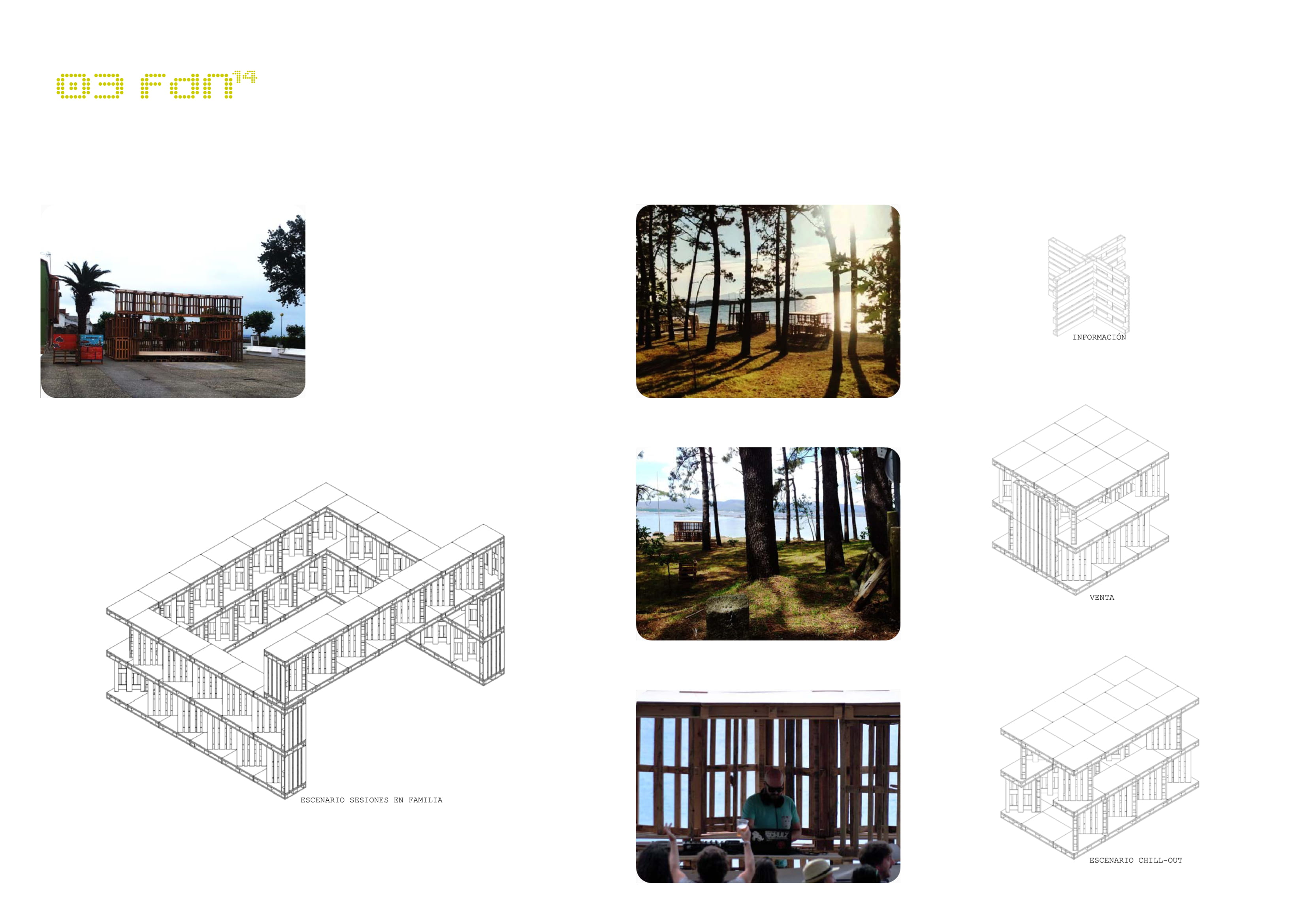 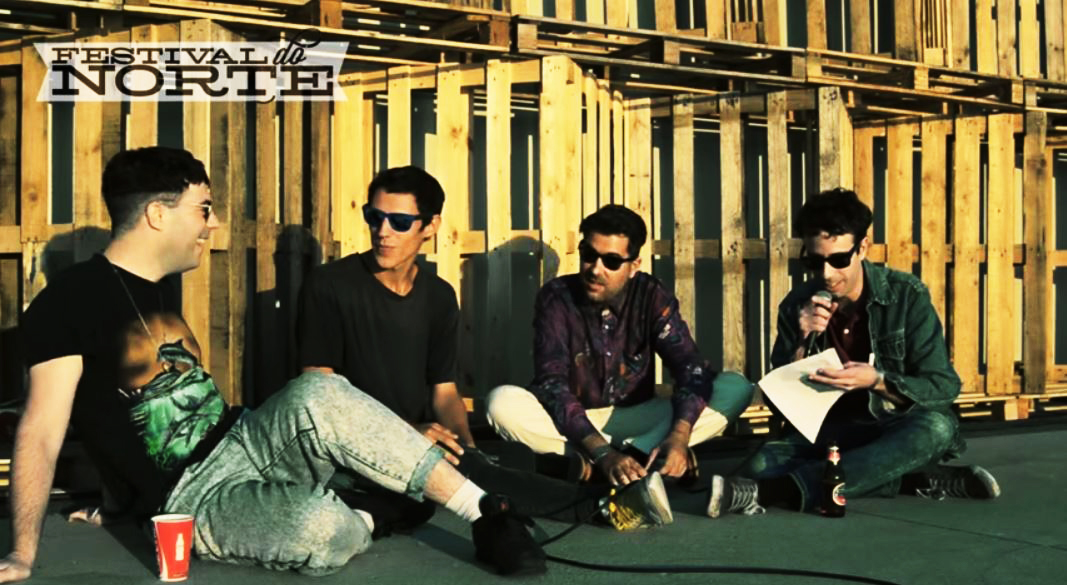